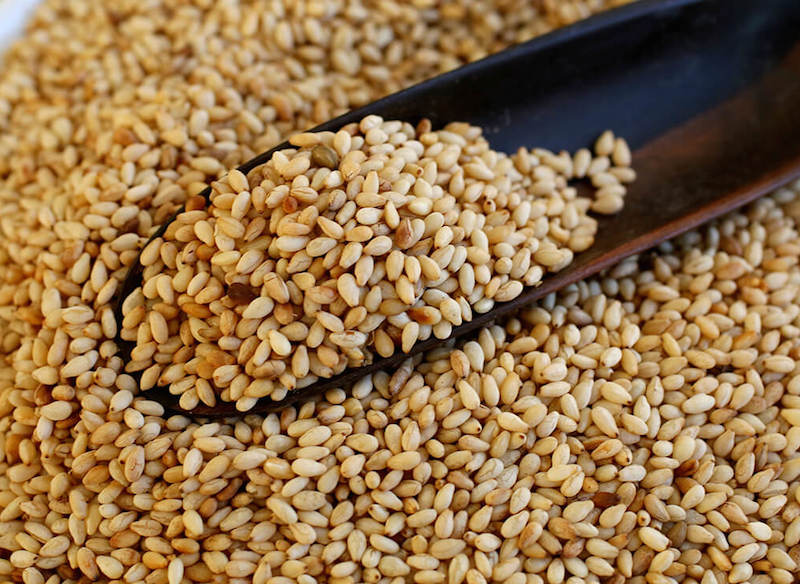 Despite the novel coronavirus outbreak that obstructed global trade, Sesame has topped Nigeria’s agric export for the first quarter of the year.

Data from the National Bureau of Statistics (NBS) shows that sesame was the most exported agricultural commodity in the first quarter of 2020 with a total value of N49billion worth of the crop exported to Japan, Turkey, and Europe.

Sesamum seeds worth N9.8billion, N9.5 billion, and N9.3billion were exported to Japan, Turkey, and China respectively.

Experts say the export numbers are an indication that the sesame production has the capacity to grow and earn the country huge foreign exchange and create hundreds of jobs in the country amid and post-COVID-19 pandemic.

Mutairu Mamudu, national president of Sesame Farmers Association of Nigeria said that sesame has lots of potentials, adding that the crop has both commercial and medicinal value.

Mamudu stated that oil extracted from the seeds is better than every other oil seeds. “It is 100 percent cholesterol-free and that is why the demand for it is very huge both locally and internationally,” he said.

He noted that the country is still not exploiting the full potentials of sesame, urging the government to encourage more investments in the value chain of the crop.

The sector accounts for 4.7 of the country’s total trade for the period, while sesame accounts for 1.2percent share of total exports.

Sesame seed has numerous health and industrial benefits and is widely used for baking, medicine, cosmetics, and animal feeds. It also has a high oil content of between 44 and 60 percent.

Considering its numerous health benefits and the growing preference for organic foods, the demand for the commodity has continued to grow and this is positive for Nigeria.

It remains in high demand abroad by pharmaceuticals and industries that produce soap, shampoo, lubricants, paints, cosmetics, and vegetable oil. A popular women’s body lotion Neutrogena’ is made from sesame oil.

Currently, Nigeria is the largest producer of sesame seeds in Africa, and the third-largest in the world, with about 580,000 tonnes produced in 2017.

The oil extracted from the seed is used in making vegetable oil and for medicinal purposes for the treatment of ulcers and burnt. The stem, as well as the oil, is used by the cosmetic industry in the production of soaps and other beauty products.

Sesame is mainly grown in the northern region of the country.

While sesame remains key agricultural export commodities in Nigeria, the products like other agri-commodities are traditionally exported in an unprocessed form which creates a loss in value addition.

Therefore, there is need for increase private sector investments in sesame processing and this will require investment in processing facilities.

Currently, the country has only three functional processing plants for sesame seeds – two in Kano and one in Lagos with a combined estimated processing capacity put at 300 tons, indicating that each has a production capacity of 100 tons.