Sesame seed can generate over $1bn annually for Nigeria ―NSSAN 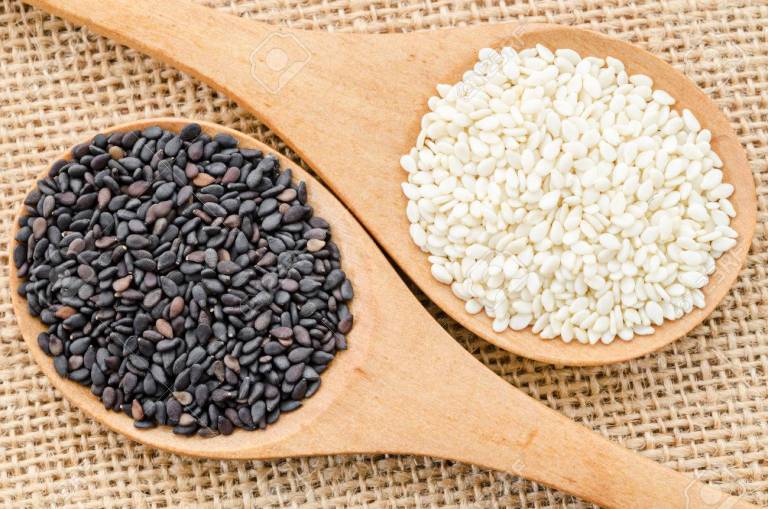 The President of the association, Mr. Sheriff Balogun, who made the disclosure in an interview with the News Agency of Nigeria (NAN) in Abuja. According to him, sesame seed is a commodity that will help the Federal Government achieve its diversification bid if the right policies and programmes put in place.

He said seed, which had various value chains, was currently generating about 700 million dollars with a production capacity of between 500,000 and 530,000 tonnes annually. According to him, if Nigeria is able to increase sesame production to about 800,000 tonnes annually, the revenue generation will increase to over 1 billion dollars. He said: “We are one of the global players. We are producing between 500,000 and 530,000 tonnes of sesame annually. “In a recent convention in Turkey, Nigeria was recognized as number four or five, depending on where you are quoting the statistics. “Everybody at the convention recognised that Nigeria has the potential to become world number one producer of sesame seed, as an association, we are working toward that. “We have a five-year development plan where we seek to raise our production to at least, 800,000 tonnes per annum, this is doable and hopefully we will get there very soon.

“In terms of income generation, almost 95 percent of the sesame seed we produce goes for export at the current rate of about 1,400 dollars per metric tonne. “At about an average production of 500,000 tonnes per annum, you are looking at about 700 million dollars. “I see us generating over 1 billion dollars if we are able to raise production to 800,000 tonnes. 1,400 dollars multiplied by 800,000, gives over a billion dollars. “That is the potential that we have today of our export value of sesame seed. So, if we increase this you know what it means and this is directly from export.

As a country, we are not doing badly, but our intention is to scale it up so that we can get more benefits.“We have the market. So far, China and Japan are the highest importers of our sesame seed and Turkey is increasingly becoming a big player in the importation of our sesame seed.” Balogun said beyond export, the seed has added value to the Nigerian economy, adding that some companies were de-hauling it, others were producing oil from it. He also said that income could be generated directly from farmers and from other associated support services like transportation, logistics providers, financial providers, resulting in a whole value chain process. Balogun said sesame seed was one of the oldest seeds known to man, yielding more in arid areas, tropical countries and in the Savannah Region because of its non-tolerance to water. Going memory lane, he said, “The cultivation of sesame seed in Nigeria, dates back to the 70s when we had small production. It has risen over time and it is used in various industries. Enumerating other benefits of the seed, Balogun said that oil extracted from it is used as a carrier of certain chemicals in the pharmaceutical industry. “The oil is also used in the massage industry and increasingly used as premium oil in the beauty sector. “If you check the confectionary, sesame seed is used in bread and burger. It is equally used in the food industry for mayonnaises and for cooking because of the non-saturated fat. “It is used in the sports sector to maintain weight. A bar of it gives instant energy and it is recognized as food. It has also been in use for several years in India to treat heart diseases according to findings. ” On challenges facing the subsector, Balogun identified a lack of access to credit facilities to boost production as one of the major challenges facing the sesame seed subsector. He noted that sesame was a low yield producing a crop that required mechanization for improved yield. “Unfortunately in Nigeria, most of the production is done by small scale and subsistent farmers who are not financially buoyant to acquire the necessary machinery. “We do not have large scale commercial farmers but then it is still okay because it is providing employment at the rural level. “So, what we need to do is to ensure we can increase production. If you provide financing for the producers, at least, they can double production, thereby doubling their income as well. “So, providing financing for the farmers will solve the major problem.”He pointed out that another challenge was the issue of quality. He noted that a lot of awareness needed to be created for farmers to ensure that they do the right thing in terms of ensuring quality, harvest and packaging were done to meet international standards. “Once farmers, who are at the primary level do the right thing, what is required at the secondary level will not be much. Balogun, who called for intensified effort on the part of the government, commended the Central Bank of Nigeria (CBN) for accepting sesame seed as one of the crops to benefit from the Anchor Borrowers Scheme. He said the necessary documentation had started in that regard, adding that the process would soon be concluded. He further disclosed that the Federal government had selected sesame seed as one of the special crops to be given financial support through the NEXIM Bank. According to him, sesame has been considered among five crops with the potential of generating foreign exchange income. “The operational guideline for the funding is out and members are beginning to approach the bank to request for funding to enable them export the crop. “So, I think there are a couple of policies and programmes that have been put in place that will assist to get the sesame seed industry going. “The industry has the capacity to generate employment if repositioned because Nigeria has low yield of sesame. “A hectare provides between 0.7 and 0.8 tonnes and if we want to target 800,000 tonnes per annum, it means we need to put 100,000 farmers. There are about four improved varieties of sesame seed but generally, we have two main types. The Nasarawa type or Kano type and then, you have the one that is whitish and brownish. “These are the main distinctions but there are other types. Some come in small sizes, others in big sizes. “We also have the black one, which is not cultivated so much but it is more expensive than the white one because it is highly valued for its medicinal content. “We heard some Chinese companies say they want us to grow it specially for them. “So they are giving the seed to farmers to do some trials and hopefully as part of our expansion, we will have dedicated areas that we will produce; just the black one.” The president of the association said Nigeria had the capacity to achieve the feat, noting that once the right policies were put in place the desired result would be achieved.