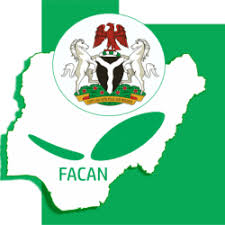 The Federation of Agricultural Commodities Association of Nigeria (FACAN), Kebbi Chapter has urged the Nigeria Export Processing Zones Authority (NEPZA) to establish an export processing zone in the state.

Alhaji Abubakar Bagudu-Kalgo, the Secretary of the FACAN chapter, made the call in an interview with the News Agency of Nigeria (NAN) in Birnin Kebbi on Saturday.

Bagudu-Kalgo said that the facility, when established, would accelerate and regulate goods exportation and curtail the high volume of smuggling of unprocessed commodities to Niger and Benin Republics.

According to him, establishing EPZ is central to the Federal Government’s diversification policy, especially with Kebbi State’s proximity to two international borders.

He said the state served as a major outlet to Western Nigeria by both land and water, adding that a quantum of export activities could be generated out of its abundant agricultural resources such as shea-nuts and butter.

“Kaoje axis of Kebbi is a suitable area for the zone in order to maximise the benefits of the federal government’s economic diversification drive,’’ he said.

Bagudu-Kalgo lamented that large volumes of informal export activities were taking place in major markets in local government areas along the two frontiers without due documentation, resulting in loss of revenue.

“As the diversification policy encourages more of value addition, an EPZ facility will serve the purpose of promoting robust agricultural production in this area.

“I strongly believe that Kaoje axis has all it takes to host an export processing zone due to its proximity to two international borders and the area is accessible by land and water, through the River Niger.

“In addition, the area is blessed with an abundance of agricultural raw materials and availability of the national grid,’’ he noted.

The FACAN scribe, therefore, urged the Kebbi Government to take up the matter with relevant agencies of the federal government such as NEPZA, Nigeria Export Promotion Commission (NEPC) and the Federal Ministry of Investment, Trade and Industry.

He also encouraged the state government to liaise with the Nigeria Customs Service and other stakeholders to actualise the dream. (NAN)
KLM/COF/AIB